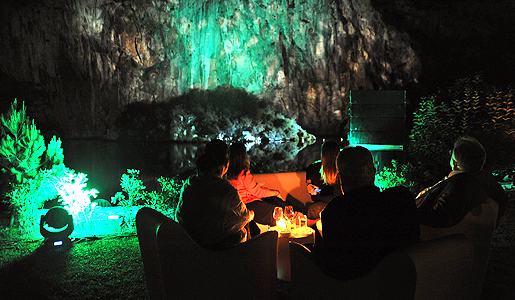 A global Bunkers and Lubricants trading house seeking to establish their presence at the Posidonia International Shipping Event in Athens, Greece. To this end, they wanted to:
● Hold a gala evening for 800 clients, guests: exhibitors, operators and potential partners in the shipping industry.
● Use the opportunity to launch their new logo and reaffirm what the company stood for.

● To impress an upmarket crowd.
● To organise a smart and sleek gala, rather than a showstopper.
● To differ markedly amongst several other events held for much the same reasons.

For a shipping firm, the element of water is an imperative. In rendering it explicit though, we chose an original venue: Lake Voulagmeni, a water-filled cavern set against dramatic rocks laced with caves. “Move a ship to a lake? Rise to the challenge” became our out-of-the-box concept.
On the towering rocky background across the lake, we projected a 3D animated video, using projection mapping. In sheer Hollywood-blockbuster style, this 5-minute film showed our client’s ships virtually gliding on the waters of the lake. It culminated in the new logo bursting out of the rocks, as if to claim the credit for the production.

The effect was jaw-dropping. It built such a buzz for our client that the event soon became the talk of the exhibition.
See for yourself photos of the Lake Vouliagmeni gala evening. 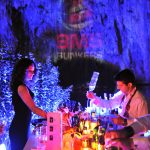 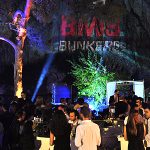 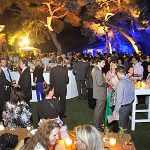 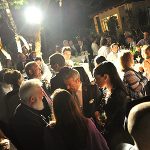 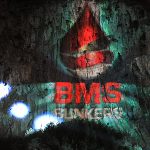 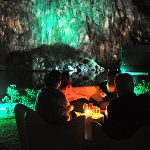 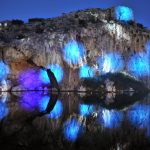 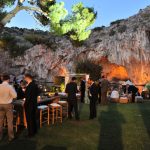 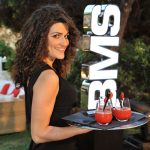 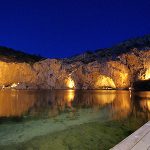 Sorry, nothing to show here